About Us > Tara Rosenblatt 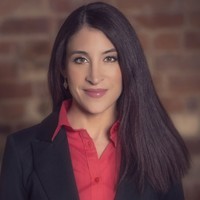 Tara Rosenblatt became the managing director and associate General Counsel for OTPP in November 2017 after 8 years at the firm. Some of the notable transactions she has supported include investments in the Copenhagen, Brussels and London City airports, and in Plano Molding, as well as the syndication of Birmingham and Bristol airports. Ms. Rosenblatt earned an LLB from the University of Ottawa and a BA from McGill University.